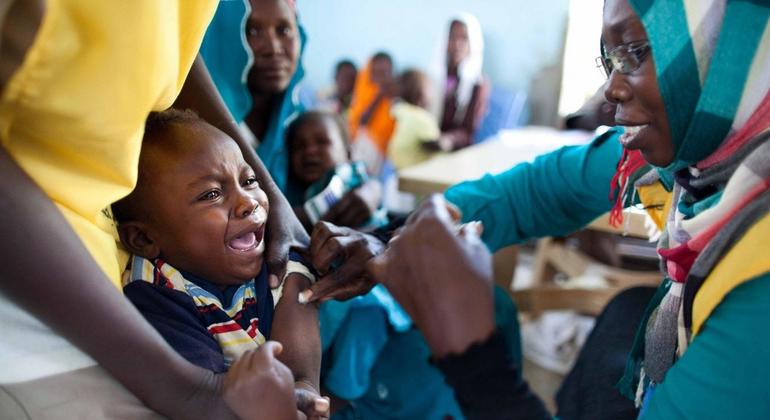 The World Health Organization (WHO) and partners have launched a roadmap to stop by 2030, bacterial meningitis outbreaks on the continent.

In a race against time, African countries are being urged to rapidly implement the plan before the start of the meningitis season in January, which runs until June.

“More than 400 million Africans are still at risk of seasonal meningitis outbreaks, but the disease has remained off the radar for too long,” said Matshidiso Moeti, WHO Regional Director for Africa

Meningitis is caused by inflammation of the membranes surrounding the brain and spinal cord. Acute bacterial meningitis can cause death within 24 hours and leaves one in five survivors with lifelong disability.

Historically, type A was the highest meningitis outbreak in Africa.

However, in 2010 the effective MenAfriVac vaccine was developed and deployed throughout the continent.

With WHO and partners’ support, more than 350 million people in 24 high-risk African countries have to date, received the MenAfriVac vaccine.

While meningitis type A accounted for 90 per cent of cases and deaths before 2010, no new cases have been reported since 2017.

Controlling that lethal form of meningitis has led to fewer meningitis type A deaths and while half of meningitis-affected people died in 2004, in 2021, 95 per cent of cases survived.

“The defeat of meningitis type A is of one of Africa’s biggest success stories in health, but the fallout from COVID-19 hampers our drive to eliminate this bacterial infection as a public health threat once and for all, and could lead to catastrophic resurgences,” said Dr. Moeti.

Based on country reports, WHO found that meningitis control activities were reduced by 50 per cent in 2020 compared with 2019, with a slight improvement in last year.

While no meningitis type A case has been reported in Africa over the past five years, outbreaks still occur and are caused by other types of meningococcal bacteria.

In 2019, 140,552 Africans died from all types of meningitis, with major outbreaks of meningitis type C recorded in seven so-called “meningitis belt countries” since 2013.

And last year, a four-month outbreak in the Democratic Republic of the Congo claimed 205 lives.

Moreover, Africa is the only region to still experience outbreaks and accounts for the highest number of new meningitis cases globally – reporting 100 cases per 100,000 people.

In an ambitious bid to defeat bacterial meningitis in Africa by 2030, the new regional strategy sets out a roadmap for countries to shore up diagnosis, surveillance, care, advocacy and vaccination to eliminate outbreaks, curb deaths by 70 per cent and halve infections.

WHO estimates that $1.5 billion will be required between now and 2030 to implement the plan, which if fully adopted will save more than 140,000 lives every year in the region and significantly reduce disability.

“In prioritizing the response to COVID-19, we must not lose our focus on other health problems,” underscored the senior WHO official, urging countries to “ramp up implementation of the new WHO regional roadmap now”.