Queen Elizabeth II, the UK’s longest-serving monarch died at the age of 96 on Thursday, and people on the internet wasted no time in putting memorabilia up for sale. To commemorate her 70-year reign, a user on eBay listed a teabag, supposedly used by the late Queen. The tea bag was smuggled out of Windsor Castle in 1998, the user has claimed on the eBay page. Currently, it is selling for $12,000 on the e-commerce platform.
The seller in the description says, “This is the very teabag you might have seen on CNN in late 1998. It was used by Queen Elizabeth II Regina Britannia and smuggled out of Windsor Castle by the special exterminator who was called in to help Her Majesty cope with the great London roach infestations of the 1990s.” 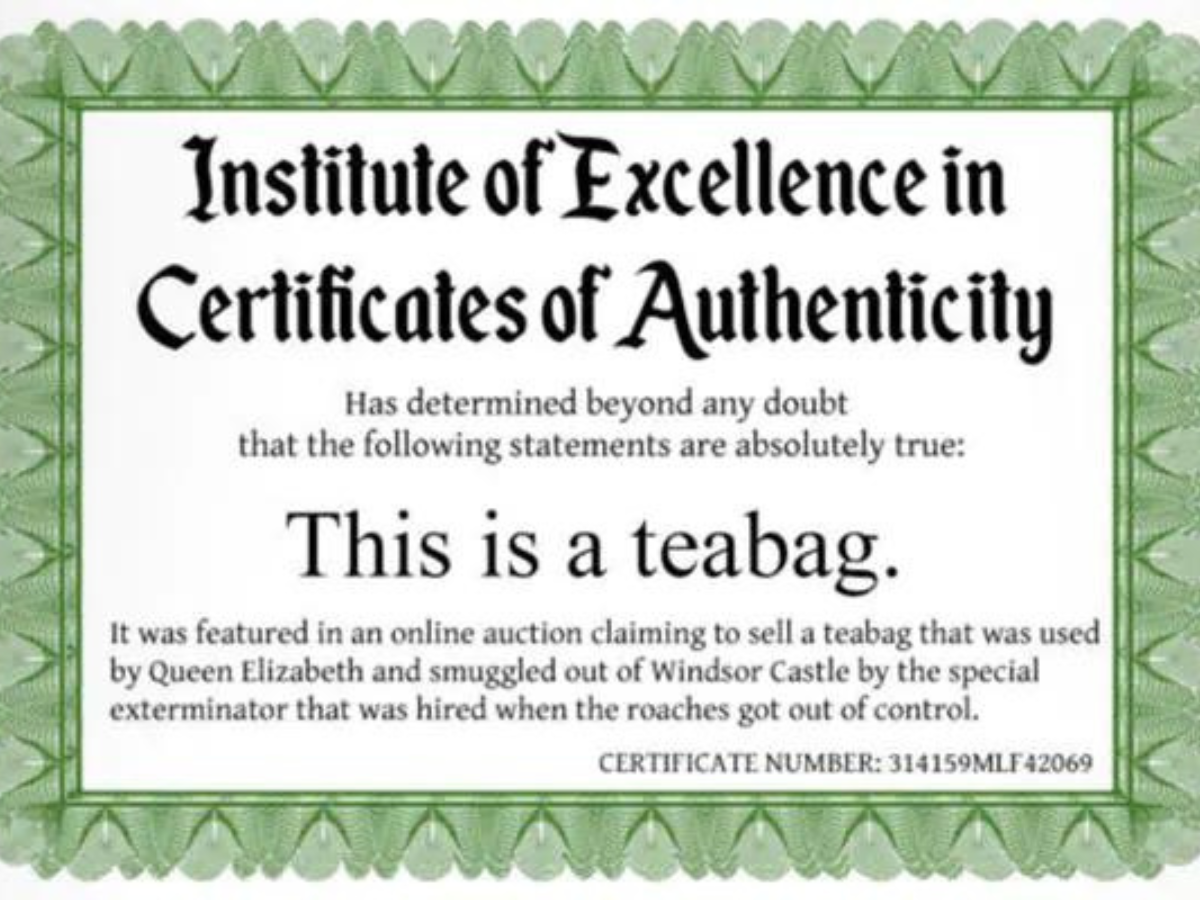 On Thursday, the seller from Decatur, Georgia, United States described the teabag as “extremely rare.”

Not just teabags, there were other interesting listings available on eBay. A seller has listed life-sized wax statues of the Queen – for $15,900. The seller in the description claims that the statue has real human hair, resin eyeballs, and resin teeth – created using dental veneer templates.

There are plenty of other items high in demand, including the Barbie doll of the Queen, currently listed for the US $1,299.99.

Another seller has listed a Winsor & Newton 1977 Queen Elizabeth Jubilee sterling silver and Calamander wood artist box, for $51,597. In the description, the seller claims that the box was made as a presentation gift to Queen Elizabeth II on her Silver Jubilee in 1977.

A hand-signed autograph by the Queen is also selling for the US $11,249.

all the hottest looks from paris fashion week spring 2023

Our Checklist for Your Pet’s Full-Body Health – Vetstreet