Skoda Octavia has been present in India since 2001. the Czech manufacturer has sold over 1 lakh units of the car over the last two decades. The Skoda Octavia moniker has been present in India since 2001 and despite a rollercoaster journey for the premium sedans in the Indian market, the Czech manufacturer has sold over 1 lakh units of the car, over the last two decades. So far, Skoda has delivered 101,111 units of the Octavia in India, and the car continues to be one of the longest-running, continuously existing nameplates in the country. Competing with German car manufacturers in its segment, the Octavia is the highest-selling car through the Completely Knocked Down (CKD) method in India. Talking about new sales milestones, Zac Hollis, Brand Director – Skoda Auto India, said, “The Octavia is synonymous with Skoda Auto since our entry into India. It introduced Indian consumers to a value luxury package of design, technology, comfort, versatility, and driving dynamics and created its own segment when launched in 2001. A big thank you to our family of fans and customers whose continued love and support to the Octavia for over two decades has made this accomplishment possible.”

The Octavia (A4) debuted in the Indian market in 2001, followed by the vRS whose international debut was in 2000, which was Skoda’s first performance-oriented badge in a production car. The vRS was the first-ever turbocharged petrol engine passenger car in India which was launched in 2004 for Indian consumers. Skoda introduced multiple engines in TDI, TSI and vRS form in 2004 in India. In 2005, Skoda re-bagged the new generation Octavia as the Laura(A5) which was in demand till 2010. Then came the (A7) Octavia in 2013 with new features and updated specs. Skoda got a vRS version with the vRS 230 in 2017 and the vRS 245 in 2020. 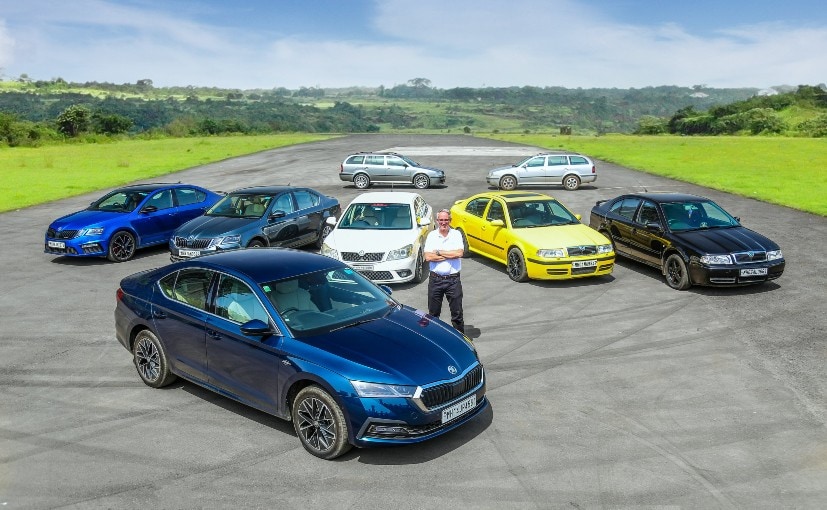 The fourth-generation Octavia arrived in India in 2021 and prices begin from ₹ 26.85 lakh (Ex-showroom Delhi) and comes with 2 variants – Style and Laurin & Klement (L&K). Power comes from a 2-litre, four-cylinder TSI turbo petrol engine that churns out 187 bhp and 320 Nm of peak torque, while mated to a 7-speed DSG automatic transmission. It comes with 600-litre of boot space with the ability to extend it to 1,555-litre by folding down the rear seat.

The Octavia was also the first in its segment in the country to have a distinct, high-performance version that was not a mere cosmetic job with the v ₹ The vRS today has its own organic clubs and fan following in India. which remains one of the fastest road-production Skoda. Globally, over 7.5 million Octavia in all body styles, engines and iterations have been sold to date.

KPL-II set to begin next month in Muzaffarabad