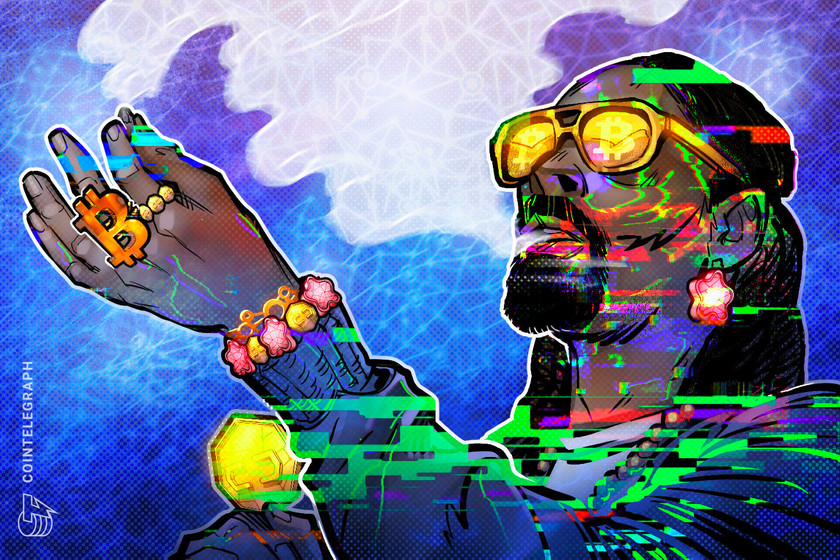 A man impersonating hip-hop icon Snopp Dogg went around NFT.NYC to fire things up at the nonfungible token event. While the intention was to bring some fun to the conference, there were mixed reactions from the online community.

In a tweet, Kevin Collier shared his encounter with the fake Snoop Dogg in Times Square. According to Collier, the guy who dressed up as the well-known rapper was not really Snoop Dogg but an impersonator hired to “drum up excitement.” Collier added that the experience “feels like a metaphor,” hinting at the copyright issues surrounding NFTs.

While Doop Snogg was there to raise the excitement for the event, not everyone was happy about it. Redditor u/Synthpop criticized the move, pointing out that NFTs have fake art, fake hype and a fake Snoop. “Everything is on brand so far,” they wrote.

Redditor u/Az_is also wasn’t impressed by the fake Snoop Dogg. Expressing their dissatisfaction, the Redditor pointed out that NFTs, a technology created to protect authenticity, are currently “being marketed with…a fake version of a person.”

Related: Snoop Dogg may be the face of Web3 and NFTs, but what does that mean for the industry?

In April, the legendary rapper was noted as a strategic investor in a funding round for MoonPay, an on- and off-ramp provider, along with “industry VIPs” like Justin Beiber, Bruce Willis and Ashton Kutcher. MoonPay also recently partnered with Snoop Dogg’s Death Row Records to launch an NFT marketplace.

Together, the parties will launch the HyperMint #NFT marketplace.

Warning signs of a spoilt child