For 2022, the company forecasts are for growth in the order of 35%, with higher expression in the international market.

Lisbon, June 22nd, 2022 – BI4ALL, a leading Data Analytics and Artificial Intelligence services company, announces that is working hard on its international expansion plan and will open later this year a subsidiary in Switzerland, which will officially be BI4ALL’s first delegation in the international market. The company is also analysing opportunities to create new Nearshore centres around the world and, at this moment, already has employees spread throughout Portugal (Lisbon and Porto), North Macedonia, Poland and Brazil. 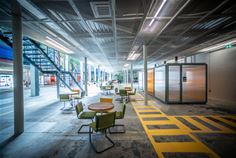 To support the company’s expansion plan, BI4ALL is integrating into its management team senior executives with extensive experience in the sector and multinational companies. This year, the company forecasts a 35% growth, with higher expression in the international market. “We expect to reach a business volume of around 23 million euros in 2022, with a strategic focus on the international market and maintaining our commitment to provide an excellent response to our clients”, says José Oliveira, CEO of BI4ALL.

Technological solutions are synonymous with competitiveness, growth and optimisation for all companies regardless of their sector of activity. Access to determinant insights enables better decision-making, cost reduction and the automation of many processes.

The sectors that contribute most to the company’s business are Pharmaceuticals, followed by Banking, which has been growing in relevance, and then the Energy, Transport and Insurance industries.

About the company’s internationalisation plan José Oliveira also refers that “BI4ALL has reached a level of maturity and organisation that allows it to assume an expansionist policy with the opening of branches abroad”, adding that “the last year was a year of business consolidation at a national level, where we grew 10% and we are looking at the internationalisation strategy in new markets”.

By 2022, BI4ALL intends to continue to increase its team to keep up with the growth and needs of the company and its customers. Currently, with more than 350 employees, the technology company plans to integrate another 50 employees this year, to reach 500 employees in 2023.

“We have high expectations for the next three years, both for Portugal and the global market, both in terms of strengthening our internationalisation strategy and in terms of national and international recruitment to accompany growth,” said José Oliveira.

In 2021, BI4ALL inaugurated its new facilities named “BI4ALL City”. With a capacity for more than 500 jobs, the new headquarters was designed for the company’s sustained growth in the coming years and represented an investment of eight million euros. The BI4ALL City was also designed with the expectations of current and future customers in mind and to offer a set of benefits associated with the well-being of the employees, who work daily to deliver added value and excellent service to customers.

About BI4ALL:
BI4ALL is a leader in consulting services with competencies of excellence in Digital Transformation and Data Strategy, with a focus on Analytics, Big Data, Artificial Intelligence, CPM, and Software Engineering. Since 2004 we are focused on the success of our clients and share with them excellent knowledge in both technology and business components, allowing organisations to have competitive advantages by transforming their data into insights.

We transform organisations of all sizes into more agile and vigorous organisations that anticipate the unpredictable, adapt quickly to market changes, and are more prepared for the future. Recognised with more than 25 national and international awards, we work with high-performance teams with a passion for results.